Recently, I was introduced to the idea of Promise (with a capital P). As with most things, a promise was invented by necessity. It solved the problem of dealing with multiple layers of callbacks (aka, callback hell). Promises handle this seemingly endless chain of function calls a lot more gracefully. 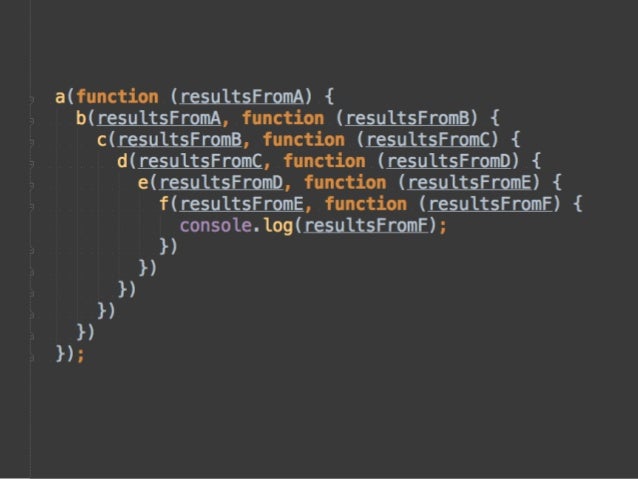 According to MDN, a promise is an object that has one of the three states: pending, fulfilled, or rejected. To this promise object, a callback function can be attached. Usually two callbacks are chained: .then() for a successful async request, and .catch() for a failed request. A normal function can be wrapped in a Promise and be attached to these callbacks. The then-catch syntax makes it easier for human developers to follow the sequential logic.

The promise-based code is much more readable. But refactoring can continue. findBook function can be wrapped in another function that utilizes JavaScript’s built-in await-async feature. With await-async, roughly three things need to change: